"My own life was completely transformed because of the inspiring and encouraging words of one man who saw in me more than I was then able to see in myself. That, in the final analysis, is the greatest contribution we can make to the life of another – to enable them to feel new hope, sense new emotions, and see new possibilities."

"Fear is an instinct
But courage is a decision."

"In every affair, consider what precedes and what follows and then undertake it."

"…To develop the qualities of honesty and fidelity, as Maslow's studies revealed, one has to be challenged to become a person with character and also be provided with inspiring and vivid examples of persons demonstrating the desirable virtues in their everyday actions. What this means, in fact, is that parents, educators, coaches, clergy, business and professional persons…need first to act with transparent integrity in their own private and public lives and then to invite the young to do likewise."

"The idea that God is actively nurturing us so that we might grow up to be like Him brings us face to face with our own laziness."

"It’s curious, but a fact nonetheless, that the best listeners are often considered by others to be marvelous conversationalists. In the hierarchy of human needs, recognition is number one. We don’t recognize people by talking to them; we recognize them by listening to what they have to say, until they overdo it. Knowing when to speak and when to listen is a rather sensitive thing. It’s just a matter of good manners. And there’s nothing wrong with silence."

"It is not hard to find the truth; what is hard is not to run from it once you have found it."

"When we have to keep our eye on the ball, our ears to the ground, our shoulder to the wheel, our nose to the grindstone, our head level and both feet firmly planted on the ground, the wonder is we get any work done in such a position."

Only a Few Dare

"The world is full of unused talents and latent ability. The reason these talents lie buried is that the individual hasn’t the courage to dig them up and use them. Everybody should be doing better than he or she is, but only a few dare."

"[A] leader’s most compelling leadership tool is who he or she is: a person who understands what he or she values and wants, who is anchored by certain principles, and who faces the world with a consistent outlook. Leadership behavior develops naturally once this internal foundation has been laid. If it hasn’t been, mere technique can never compensate."

Good humor is a tonic for mind and body. It is the best antidote for anxiety and depression. It is a business asset. It attracts and keeps friends. It lightens human burdens. It is the direct route to serenity and contentment."

"Reverence and humility are kindred virtues. The humble man, because he is not inflated by his own accomplishments, possesses a certain realism that disposes him to have reverence for the things of God. Humility flows from a realistic appraisal of self, reverence flows from a realistic appraisal of God and His creation. If one is not humble, he is not likely to be reverent."

"The meaning of earthly existence lies, not as we have grown used to thinking, in prosperity, but in the development of the soul." 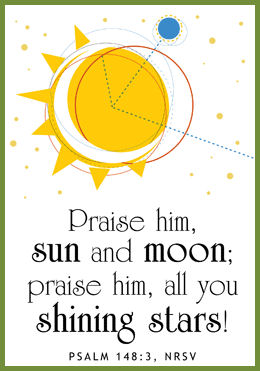 The Swiss made the best watches in the world and were committed to constant refinement of their expertise. It was the Swiss who came forward with the minute hand and the second hand. They led the world in discovering better ways to manufacture the gears, hearings, and mainsprings of watches. They even led the way in waterproofing techniques and self-winding models. By 1968, the Swiss made 65 percent of all watches sold in the world and laid claim to as much as 90 percent of the profits.

By 1980, however, they had laid off thousands of watch-makers and controlled less than 10 percent of the world market. Their profit domination dropped to less than 20 percent. Between 1979 and 1981, fifty thousand of the sixty-two thousand Swiss watchmakers lost their jobs. Why? The Swiss had refused to consider a new development – the Quartz movement – ironically, invented by a Swiss. Because it had no main-spring or knob, it was rejected. It was too much of a paradigm shift for them to embrace. Seiko, on the other hand, accepted it and, along with a few other companies, became the leader in the watch industry.

The lesson of the Swiss watchmakers is profound. A past that was so secure, so profitable, so dominant was destroyed by an unwillingness to consider the future. It was more than not being able to make predictions – it was an inability to re-think how they did business. Past success had blinded them to the importance of seeing the implications of the changing world and to admit that past accomplishment was no guarantee of future success.

Said a disappointed retreatant to the Retreat Master, "Why has my stay here yielded no fruit?"

"Could it be because you lacked the courage to shake the tree?" replied the Master.