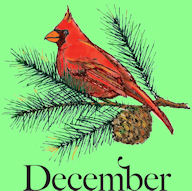 "Education at the Crossroads"

"The prime goal of education is the conquest of internal and spiritual freedom to be achieved by the individual person or, in other words, his liberation through knowledge and wisdom, good will and love."

Heart of the Family

"Children need adults who can go for casual walks and talk about fishing and stuff like that…and slow down to look at pretty leaves and caterpillars…and answer questions about God and the nature of the world as it is."

"Man’s tongue is soft, and bone doth lack;
Yet a stroke therewith
may break a man’s back."

"Vision is having an acute sense of the possible. It is seeing what others do not see. And when those with similar vision are drawn together, something extraordinary occurs."

"It takes 20 years to build a reputation and five minutes to ruin it. If you think about that, you’ll do things differently."

"There are two guarantees of a wise rule of conduct: the thought before action, and self command afterward."

The Little Things That Matter

Recently I heard a sports reporter interview an athlete before an upcoming play-off game. She asked him what did the team need to do to get ready for the big game? The athlete replied that they needed to take care of the little things that matter.

How true that is, it’s the "little things that matter" that make the big difference in winning big games.

Twas The Night Before Jesus Came

Twas the night before Jesus came and all through the house
not a creature was praying, not one in the house.

Their bibles were lain on the shelf without care,
in hopes that Jesus would not come there.

The children were dressing to crawl into bed,
not once ever kneeling or bowing a head;

And mom in her rocker with baby on her lap,
was watching the late show while I took a nap;

When out of the East there arose such a clatter,
I sprang to my feet to see what was the matter;

Away to the window I flew like a flash,
threw open the shutters and threw up the sash.

The light of His face made me cover my head,
it was Jesus returning, just like He said.

And though I possessed worldly wisdom and wealth,
I cried when I saw Him in spite of myself.

In the book of life, which He held in His hand,
was written the name of every saved man.

He spoke not a word as He searched for my name,
when He said, "It’s not here!" my head hung in shame.

The people whose names had been written with love,
He gathered to take to His Father above.

With those who were ready He rose without a sound,
while all the rest were left standing around.

I fell to my knees, but it was too late:
I had waited too long and thus sealed my fate.

I stood and I cried as they rose out of sight.
Oh, if only I had been ready tonight.

In the words of this poem the meaning is clear,
the coming of Jesus is drawing near.

There’s only one life and when the last name is called,
we’ll find that the bible was true after all. 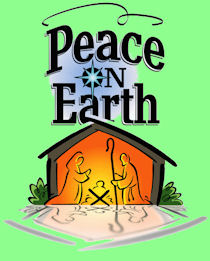