"It is the province of knowledge to speak, and it is the privilege of wisdom to listen."

"After Lincoln became president, he mostly used his skill in telling stories for a purpose rather than for amusement.ůHe realized the persuasive affects that stories had on people and once said as much during a conversation: ĹThey say I tell a great many stories. I reckon I do; but I have learned from long experience that plain peopleůare more easily influenced through the medium of a broad and humorous illustration than in any other way.ůĺ"

"Hope never looks spectacular and we might miss it altogether if we search for it in shining and transcendent moments. The problem with the human situation is that even though we might like to have them, most of us must survive without incandescent experiences of the Spirit. Hope is more readily found in the commonplace of everyday at a time of need.

The essential ingredient of hope is that we transmit a regard that is more for the other than for ourselves. Hope is strong enough to communicate itself even in an imperfect state."

"Rule two: Today and every day deliver more than you are getting paid to do. The victory of success will be half won when you learn the secret of putting out more than is expected in all that you do. Make yourself so valuable in your work that eventually you will become indispensable. Exercise your privilege to go the extra mile, and enjoy all the rewards you receive. You deserve them!"

"Prayer begins with youůstart where you are and stay with it because God is in you as you are, and does not expect you to be any other than you are, except that there is a change that God is going to make in your life. You have to learn how to get together with God in your life so that the change can be made."

"All glory comes from daring to begin."

The Complete Speakerĺs Almanac states that on Feb. 7, 1778 George Washington wrote a letter to the Marquis de Lafayette just before the new Constitution of the United States was put into effect. He spoke of how it was written to endure for the ages, unless there were "corruption of morals, profligacy of manners, and listlessness for the preservation of the natural and unalienable rights of man."

"Putting a question correctly is one thing; finding the answer to it is something quite different."

"Oscar Levant accurately said, ĹItĺs not what you are, itĺs what you donĺt become that hurts.ĺ You have great potential. When you believe in all you can be, rather than all you cannot become, you will find your place on earth." 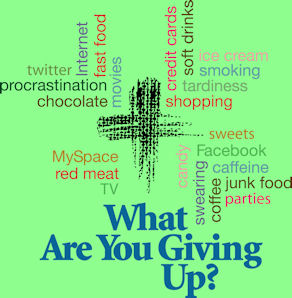 Give up complaining Ś focus on gratitude.
Give up pessimism Ś become an optimist.
Give up harsh judgments Ś think kindly thoughts.
Give up worry Ś trust Divine Providence.
Give up discouragement Ś be full of hope.
Give up bitterness Ś turn to forgiveness.
Give up hatred Ś return good for evil.
Give up negativism Ś be positive.
Give up anger Ś be more patient.
Give up pettiness Ś become mature.
Give up gloom Ś enjoy the beauty that is all around you.
Give up jealousy Ś pray for trust.
Give up gossiping Ś control your tongue.
Give up sin Ś turn to virtue.
Give up giving up Ś hang in there!

Do the Useful Thing

"To do the useful thing, to say the courageous thing, to contemplate the beautiful thing ľ that is enough for one personĺs life."

"I know I am somebodyĺs friend if I think, ĹOh, isnĺt it wonderful that such and such a thing should be happening to so and so,ĺ and feel happy for him or her. Sharing and experiencing other peopleĺs joy is what friendship is about. Commiserating with their misfortunes is not enough. Any kindly person would do that."

"In his description of the "triple abyss" into which human nature is prone to fall, the 17th century mathematician and mystic Blaise Pascal offered a perspective on the theme of attachment and detachment. Each "abyss" involves a different kind of libidinal enslavement to the egotistical self: 1) the libido dominandi, or lust for power over others and over nature; 2) the libido sentiendi, or lust for intense sensation; and 3) the libido sciendi, or lust for manipulative knowledge, knowledge that is primarily used to increase our own power, profit, and pleasure."

"The two great words of antiquity are behold and beware. Behold the possibilities and beware the temptations."

A man once approached the retreat master after a stirring homily and said to him, "Father, I wish to repent, but I donĺt know what to do?"

The retreat master inquired, "And to sin, you knew what to do?"

"Exactly, said the retreat master. "Now do the same the other way around. Start repenting, and you will know later." 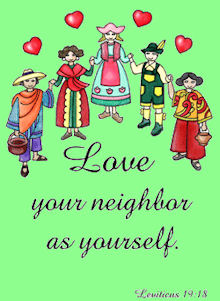 A retreat master once asked a group of retreatants, "Tell me," he said, "how can I get the air out of this glass I have in my hand?"

One man said, "Suck it out with a pump." But the master replied, "That would create a vacuum and shatter the glass."

Finally, after many other suggestions, the retreat master picked up a pitcher of water and quietly filled the glass with water. "There," he said, "all the air is now removed."

He then explained that victory for Christĺs disciples does not come by working hard to eliminate sinful habits, but rather by allowing the Holy Spirit to take full possession and filling up with virtue.