"May He banish from the hearts of all men and women whatever might endanger peace.

May He transform them into witnesses of truth, justice and love.

May He enkindle the rulers of peoples so that in addition to their solicitude for the proper welfare of their citizens, they may guarantee and defend the great gift of peace.

May He enkindle the wills of all so that they may overcome the barriers that divide, cherish the bonds of mutual charity, understand others, and pardon those who have done them wrong.

May all peoples of the earth become as brothers and sisters, and may the most longed-for peace blossom forth and reign always among men and women."

"The best decision-makers are those who are willing to suffer the most over their decisions but still retain their ability to be decisive."

"At times everyone is called upon to do something distasteful. We can accept it and make the best of it, or compound the problem by railing against fate. The choice is ours. We are never without options. The freedom to choose is the glory of the human condition."

"Have patience with all things, but chiefly have patience with yourself. Do not lose courage in considering your own imperfections but instantly set about remedying them – every day begin the task anew."

ULE NINE…Live this day as if it will be your last.…Forget yesterday’s defeats, and ignore the problems of tomorrow. This is it.…All you have. Make is the best day of your year. The saddest words you can ever utter are, "If I had my life to live over again…" Take the baton, now. Run with it! This is your day!

As difficult as it may be, you can handle today’s load, one task at a time, and make progress toward your goals. It is only when you can spend countess and tearful hours reliving your past mistakes, or worrying about the terrible things that might happen tomorrow, that you let this precious day, which is all you have, slip away.

Today is your day, the only day you have, that day in which you can show the world that you can make a contribution that matters. What your part may signify in the great whole of life you may never understand, but you are still here to play it, and now is your time."

"Wisdom is the marriage of common-sense and uncommon courage – of sound judgment and right action."

Greatness is a Measure

"Do not confuse notoriety and fame with greatness. Many of the titled in today’s world obtained their fame and fortunes outside their own merit.

On the other hand, I have met great people in the most obscure roles in life. For, you see, greatness is a measure of one’s spirit, not a result of one’s rank in human affairs.…"

"Our lives no longer belong to us alone; they belong to all those who need us desperately.

…And that is why I swore never to be silent whenever and wherever human beings endure suffering and humiliation. We must always take sides. Neutrality helps the oppressor, never the victim. Silence encourages the tormentor, never the tormented."

"One secret act of self-denial, one sacrifice of inclination to duty, is worth all the mere good thoughts, warm feelings, passionate prayers in which idle people indulge themselves."

"Credibility is one of the hardest attribute to earn. And it is the most fragile of human qualities. It is earned minute by minute, hour by hour, month by month, year by year. But it can be lost in very short order if not attended to. We are willing to forgive a few minor transgressions, a slip of the tongue, a misspoken word, a careless act. But there comes a time when enough is enough. And when leader’s have used up all their credibility, they will find that it is nearly impossible to earn it back."

"What greater work is there than training the minds and forming the habits of the young."

Benjamin Franklin tells the story of a man, who in buying an ax from a local blacksmith, desired to have the whole of its surface polished as bright as the edge. The smithy consented to grind the ax bright for him if he would turn the wheel of the sharpening stone. He turned while the smith pressed the broad face of the ax hard and heavily upon the stone, which made the turning of it very fatiguing. The buyer stopped every now and then to check how the work progressed, and finally said he would take the ax as it was, without further grinding.

"No," said the blacksmith, "turn more, turn more; we’ll have it bright by-and-by; as it is only speckled."

"Yes," replied the buyer, "but I think I like the speckled ax best."

Franklin reflected this may have been the case with many people; who having found the difficulty of obtaining the good and the breaking of habits in other points of vice and virtue, have given up the struggle and concluded that a speckled ax was best.

Late one December an elementary school principal said to his teachers, "Let’s all write out New Year’s resolutions about how we can be better teachers and I’ll put them on the staff bulletin board." The teachers agreed, and when the resolutions were posted, they all gathered around the bulletin board to read them.

One of the young teachers suddenly went into a fit of anger. "He didn’t put up my resolution. It was one of the first ones submitted. He doesn’t care about me. That just shows what it’s like around here." On and on she ranted and raved.

The principal, who overheard this from his office, was mortified. He hadn’t meant to exclude her resolution. Quickly rummaging through the papers on his desk, he found her’s and immediately posted it on the bulletin board. The resolution read, "I resolve not to let little things upset me anymore." 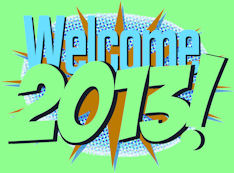