"Buried deep within each of us is a spark of greatness, a spark that can be fanned into flames of passion and achievement. That spark is not outside of you it is born deep within you."

A Friend Who Cares

"The friend who can be silent with us in a moment of despair or confusion, who can stay with us in an hour of grief and bereavement, who can tolerate not knowingÖnot healing, not curingÖthat is a friend who cares." 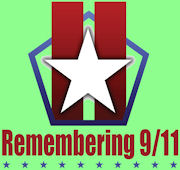 "Everyone who has ever taken a shower has had an idea. Itís the person who gets out of the shower, dries off, and does something about it that makes a difference."

"If you wish to travel far and fast, travel light. Take off all your envies, jealousies, unforgiveness, selfishness and fears."

"If you are going to achieve excellence in big things, you develop the habit in little matters. Excellence is not an exception, it is a prevailing attitude."

"Sincerity is not a test of truth. We must not make this mistake: He must be right; heís so sincere. Because it is possible to be sincerely wrong. We can only judge truth by truth and sincerity by sincerity."

Inspired persons know why they do what they do and why they want what they want. They are not shackled by the pettiness that restrains so many lives. The inspired person comes to life with a purpose and passion, with the daily desire to grow and contribute."

The Things We Do

"My mother drew a distinction between achievement and success. She said achievement is the knowledge that you have studied and worked hard and done the best that is within you. Success is being praised by others. That is nice but not as important or satisfying. Always aim for achievement and forget about success."

"Consistency between word and deed is another way we judge someone to be honest. If a leader espouses one set of values but personally practices another, we find that person to be duplicitous. If the leader practices what he or she preaches, then we are more willing to entrust that individual with our careers, our security, and sometimes our lives. Honesty is also related to values and ethics. We appreciate people who take a stand on important principles.ÖConfusion over where the leader stands creates stress; not knowing the leaderís beliefs contributes to conflict, indecision and political rivalry. We simply do not trust people who will not tell us their values, ethics and standards."

"Silence is the condition in which listening is favored. Without the disposition of silence we might miss some unexpected, something essential to the story unfoldingÖbefore us. Similarly, life is filled with unexpected somethings. When we make time to keep silence, silence keeps us poised, focused, ready, responsive, and filled with wonder.ÖParadoxically, silence is the herald, the precursor of joy."

"This is the age of full calendars and empty lives, divided highways and multiplied pollution, crowded streets and deserted hearths, high crime and low principles."

"Thereís an old legend that years ago there was a man elected to Congress who voted according to his own conscience."

How to Catch a Monkey

In his book, Life is For Living, Eric Butterworth tells of an expedition of scientists who set out to capture a particular species of monkey.ÖUsing their knowledge of a monkeyís ways, the scientists devised a trap consisting of a small jar with a long, narrow neck. Into the jar was placed handfulls of nuts. Several of these jars were placed along a jungle trail, being securely fastened to a tree.

A monkey, scenting the nuts in a bottle, would thrust his paw into the long neck and grasp a handfull of nuts. However, as soon as the monkey tried to withdraw its prize it found out that itís clenched fist would not pass through the narrow bottle neck.

A similar thing happened with each bottle. All the monkeys stayed where they were, screaming in fear, unable to escape with the booty, and yet unwilling to let goÖuntil the members of the expedition arrived and took them captive.

Recently, a promising 12-year-old gymnast went to a sports psychologist for help. She had all the skills of a future Olympic medalist, yet never seemed to live up to her potential. The psychologist handed her four darts and instructed her to toss them at a target across the office. She looked at him nervously. "What if I miss?" she asked.

Those four words summed up her disappointing career. Instead of focusing on how to succeed, she worried about how to keep from failing.