“Truth is not only violated by falsehood;
it may be outraged by silence.”

“Every life form seems to strive to its maximum except human beings. How tall will a tree grow? As tall as it possibly can. Human beings, on the other hand, have been given the dignity of choice. You can choose to be all you can be or you can choose to be less. Why not stretch up to the full measure of the challenge and see what you can do?”do?”

“The ideals which have lighted my way, and time after time have given me new courage to face life cheerfully, have been Kindness, Beauty, and Truth.”

“Prayer is not something which belongs solely to my personal relationship with God; it reaches far beyond to touch the lives of all men and women with whom I am called to live and work. The witness of history has been quite simple: those who have entered deeply into God’s presence touch the lives of others in deep and penetrating ways. If their expressions of the love of God have been sincere and authentic, they become the very substance of deeper experiences of that love.”

“The moment one definitely commits oneself, then Providence moves too. All sorts of things occur to help one that would never otherwise have occurred. A whole stream of events issues from the decision, raising in one’s favor all manner of unforeseen incidents and meetings and material assistance which no person could have dreamed would have come one’s way. Whatever you can do or dream you can, begin it. Boldness has genius, power and magic in it. Begin it now!”

“Joy can be real only if people look upon their life as a service, and have a definite object in life outside themselves and their personal happiness.”

“We call ourselves, in the sublime and aspiring language of religion which I have before noticed children of God. Children of God — it is an immense pretension! And how are we to justify it? By the works we do, and the words which we speak.”

“It is easier to love humanity than to love your neighbor.”

A legend from India tells of a mouse that was terrified of cats, that is until a magician agreed to transform the mouse into a cat. That resolved its fear…until it encountered a dog, so the magician changed it into a dog. The mouse-turned cat-turned-dog was content until it met a tiger — so, once again, the magician changed it into what it feared, a tiger. But when the mouse-turned-cat-turned-dog-turned-tiger came complaining that it met a hunter, the magician refused to help. “I will make you into a mouse again, for though you have the body of a tiger, you still have the heart of a mouse.”

When the missionary E. Stanley Jones met with Gandhi he asked him, “Mr. Gandhi, though you quote the words of Christ often, why is that you appear to so adamantly reject becoming his follower?”
Gandhi replied, “Oh, I don’t reject Christ. I love Christ. It’s just that so many of you Christians are so unlike Christ.”
“If Christians would really live according to the teachings of Christ, as found in the Bible, all of India would be Christian today,” he added.
Gandhi’s closeness with Christianity began when he was a young man practicing law in South Africa. Apart from being interested in the Christian faith, he intently studied the Bible and the teachings of Jesus, and was also seriously exploring becoming a Christian.
After deciding to attend a nearby church service, a church elder refused Gandhi entry. “Where do you think you’re going?” he demanded in a belligerent tone. The church elder snarled at him, “There’s no room for kaffirs (a disparaging term for a black person) in this church. Get out of here or I’ll have my assistants throw you down the steps.”
This infamous incident forced Gandhi to never again consider being a Christian, but rather adopt what he found in Christianity and its founder Jesus Christ. 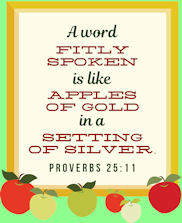