"The real meaning of the word ‘educate’…is derived from the Latin word ‘educo,’ meaning educe, to draw out, to develop from within.

Any man is educated who knows where to get knowledge when he needs it, and how to organize that knowledge into definite plans of action."

A World to Change

"Reason and experience both forbid us to expect that national morality can prevail in exclusion of religious principle."

"The probability that we may fail in the struggle ought not to deter us from the support of a cause we believe to be just."

"One ought, every day at least, to hear a little song, read a good poem, see a fine picture, and, if it were possible, to speak a few reasonable words."

"I am wiser today than I was yesterday. I have grown in understanding and good judgment. Past events take their place in the flowing stream of life. I direct my attention to today and to living today to the best of my ability."

"Three gifts we each can give today:
a cheerful smile,
an encouraging word, and
a helping hand."

"Wise men are not always silent,
but know when to be."

"Spirituality involves, first, an awareness—‘if you are aware of your surroundings’—that comes not through the eyes, the ears, the hands, or any specific sense but through a larger openness, a general opening up to life’s experiences. And that awareness implies a sensitivity to others: We first discover that spirituality is there, in the world, because we notice its effects not in ourselves but on others."

"All disciplines affect each other. Mistakenly the man says, ‘This is the only area where I let down.’ Not true. Every let down affects the rest. Not to think so is naive."

"God save us from hotheads who would lead us foolishly, and from cold feet that would keep us from adventuring at all."

The Boy & the Orange

During the darkest hours of the Civil War a tall, thin man with very long legs and a frowning wrinkled face walked along a Washington street. His eyes were fixed on the pavement; his lips were moving and he looked crossed. 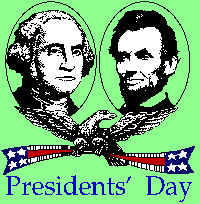 There was a ragged young urchin standing barefoot on the curb, his dirty hands clutched behind him, his lips twisting and his big eyes fixed on a pile of oranges in a vendor’s cart. The vendor’s back was turned while he made change for a customer. The tall man passed the boy, stopped suddenly, plunged his hand in his pocket and bought a large orange. He gave it to the boy and went on.

The boy was grinning and had already sunk his teeth into the orange, when a passerby asked him if he knew who gave him the orange. The boy shook his head. "That was President Lincoln," he was informed. "Now, hurry and go thank him."

The boy ran, caught the tails of Lincoln’s long black coat, and as the stern face turned sharply toward him, the boy shouted, "Thank you, Mr. President!’

Suddenly that frowned face beamed into a beautiful smile. "You’re welcome, boy. You wanted to steal that orange while the man’s back was turned, didn’t you? But you wouldn’t because it wasn’t honest. That’s the right way. I wish some men and women I know were more like you."

It Couldn’t Be Done