"Teach students to be constructive troublemakers. That is, informed, self-aware citizens who have the instinct to question, to address complexity and to work for their beliefs."

"A man’s mind may be likened to a garden, which may be intelligently cultivated or allowed to run wild; but whether cultivated or neglected, it must, and will, bring forth. If no useful seeds are put into it, then an abundance of useless weed-seeds will fall therein, and will continue to produce their kind."

"A one-track mind is not bad—if the track leads somewhere."

"Mirth is God’s medicine. Everybody ought to bathe in it. Grim care, moroseness, anxiety—all this rust of life—ought to be scoured off by the oil of mirth."

"No one has ever risen to the real stature of spiritual maturity until they have found it finer to serve someone else than to serve themselves."

"When people work together, interacting on a foundation of trust and unified commitment, they are transformed. Some-thing new is created. This is when we learn understanding, gain new insights and learn our greatest lessons. But it requires us to let go of our need for control."

"Give light, and the darkness will disappear of itself."

"When we are touched by a story, we are amongst others moved, because the tale resonates with our own life experience. Its echo has called forth the half-remembered fragments of the story of our life. Thus, every storyteller connects listeners not only with the nurturing myths of their culture but also with told and untold life events."

"The spirit, the will to win, and the will to excel are the things that endure. These qualities are more important than the events that occur."

"My mother did not want a seventh child, so she decided to get rid of me before I was born. Then a marvelous thing happened: my aunt dissuaded her, and so I was permitted to be born. Think of it, it was a miracle!"

"It is easy to sit up and take notice. What is difficult is getting up and taking action." Al Batt

"Plan every day to be an exciting adventure in living." Dr. Rich Davis

"Skilled work, of no matter what kind, is only done well by those who take a certain pleasure in it, quite apart from its utility, either to themselves in earning a living, or to the world through its outcome."

Aoccdrnig to a rscheearch at Cmabrigde Uinervtisy, it deosn’t mttaer in what oredr the ltteers in a wrodare, the olny iprmoatnt tihng is that the frist and lsat ltteer be in the rghit pclae. The rset can be a taotl mses and you can sitll raed it wouthit a porbelm. Tihs is bcuseae the huamn mnid deos not raed ervey lteter by istlef, but the wrod as a wlohe. Amzanig huh?

So much for all the spelling tests we ever had!

"The Danish philosopher Kierkegaard found that despair means not being oneself. Nothing can make a person sick sooner than feeling useless, unwanted, unchallenged and unneeded, or the feeling that the values other people pursue are empty and joyless for him or her.…

I think we need to point out to more people—people who are secretly bored or unhappy—that they can live wonderfully long, interesting and happy lives if they will take the trouble to find themselves, and what it is they really want…"

"Small boys learn to be large men in the presence of large men who care about small boys."

Honor Is How You Perceive It 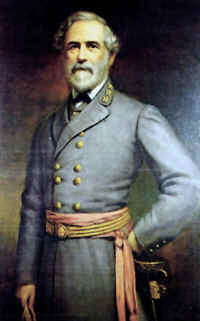 "You must study to be frank with the world: frankness is the child of honesty and courage. Say just what you mean to do on every occasion and take it granted you meant to do right. If a friend asks for a favor, you should grant it, if it is reasonable; if not, tell him plainly why you cannot. You will wrong him and wrong yourself by equivocation of any kind.

"Never do a wrong thing to make a friend or keep one; the man who requires you to do so is dearly purchased at a sacrifice. Deal kindly, but firmly, with all your classmates…Above all, do not appear to others what you are not. If you have any fault with any one, tell him, not others, of what you complain; there is no more dangerous experiment than that of undertaking to be one thing before a man’s face and another behind his back. We should live, act and say nothing to the injury of any one. It is not only best as a matter of principle, but it is the path to peace and honor."