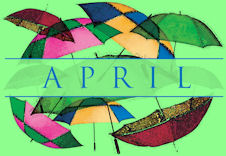 Teaching is an Art

"Teaching is not a science, but an art. It can be developed and nurtured, but it cannot be taught.

"Methodologies are to great teaching what a musical score is to the sound of a great symphony. The score does not make the sound; human beings do. Following the same score, a gifted musician creates art and a poor one treats the audience to a musical catastrophe.

"Teaching is an action that emanates from a person, the teacher. The qualities of that person will ultimately determine the nature and quality of the teaching."

Set the World on Fire

"Be who God meant you to be,
and you will set the world on fire."

"Don’t write anything until the message is absolutely clear in your mind."

"The real test of business greatness lies in giving opportunity to others."

The Grace of God

"Most of the good maxims have been written.
It only remains to put them into practice."

"Each person’s mission is a mission of love.…Begin in the place where you are, with the people closest to you. Make your homes centers of compassion and forgive endlessly. Let no one ever come to you without coming away better and happier…

"At the hour of death when we come face-to-face with God ,we are going to be judged on love; not how much we have done, but how much love we put in the doing."

Sad is the Reality

"How sad is the reality that the lives of so many men and women remain perpetually potential with their creative powers largely undiscovered."

"I live with a stronger hope for the possibilities that lie hidden within things, situations, and people."

God Lent Us the Earth

"From politics to baseball is quite a jump upwards.
Not only financially, but morally."

"Don’t judge each day by the harvest you reap, but by the seeds you plant."

"Excellence is a process that should occupy all our days, whether it is tied to a specific piece of work done, or not. Just as you must work at life, so you must work at the spirit of excellence. It will become a part of you only through a singleness of purpose and a determination to see your goals through to the end."

"The spirit, the will to win, and the will to excel are the things that endure. These qualities are so much more important than the events that occur."

"I Never Regretted It"

A religion teacher was instructing the class about the cross and the suffering of Jesus on Good Friday. In part, she explained the letters written at the top of the cross, INRI, symbolized the original inscription: Iusus Nazarene, Rex Iudaeorum (Jesus of Nazareth, the King of the Jews).

The following day, to begin class, the teacher reviewed the previous lesson. Asking questions, she tried to draw out whether the students had properly understood the material from yesterday’s class.

"Matthew," she asked, "What do the letters INRI stand for?"

Unfortunately, Matthew had been day-dreaming during the previous lesson but thought to himself what those letters might mean. So he said, "INRI, I Never Regretted It."

He never regretted it! Jesus loves us and calls us to confess our sins and turn to him.

"What a great afternoon this is," thought the young boy. "Grandpa and me fishing all by our -selves." The two of them just talked and fished, and aimlessly drifted in a rowboat on a lake. The boy became restless – normal for a boy – and he leaned over the side to look into the water. There, just beneath the surface, a bunch of water beetles were flitting around as if they were playing.

Suddenly one of the water beetles crawled up on an oar. When it got halfway up, it attached the talons of its legs to the wooden oar and died. The boy’s curiosity was aroused and he interrupted his grandfather’s nap to show him. They went back to fishing.

About three hours later, the boy looked down at the dead beetle. What he saw caused him to jump, almost tipping the boat. The beetle had dried up, and its shell started to crack open. Both the astonished grandfather and the boy watched silently at what unfolded before their eyes.

Something began to emerge from the opening: first long tentacles, then a head, then moist wings until, finally, a beautiful dragonfly fully emerged.

They both stared in awe. The dragonfly began to move its wings, slowly at first. Then it hovered gracefully over the water where the other water beetles were still flitting around. They didn’t even recognize the dragonfly. They didn’t realize that it was the same beetle they had played with some three hours earlier.

The boy took his finger and nudged the dried-out shell of the beetle. It was like an empty tomb.