"During Advent opportunities for works of charity abound calling out for Christians from every side—a sack of food for a needy family, money dropped in a Salvation Army kettle, a donation to an Indian school, a toy for ‘Toys-for-Tots,’ etc. Unfortunately, these works of charity so easily can assuage the Christian conscience, while doing nothing to bring about a solution to the root causes of the problem.

Works of justice, on he other hand, follow the road less traveled of Advent’s hope to pursue solutions for difficult problems. Hope comes through works of justice rather than simply performing works of charity."

"Life can be fraught with fear or festive with faith;
arid with apprehensions or alive with aspirations."

"All men dream but not equally. Those who dream by night in the dusty recesses of their minds, wake in the day to find that it was vanity, but the dreamers of the day are dangerous men, for they may act on their dreams with open eyes, to make it possible."

"Integrity is the most desired, demanded, and respected quality of leadership."

"The driving force of a nation lies in its spiritual purpose. Physical strength can never permanently withstand the impact of the spiritual force."

"To talk well and eloquently is a very great art, but that an equally great one is to know the right moment to stop."

"Of all living creatures, only humans have the power to shape their own character, to choose between honorable and dishonorable behavior."

"Words of encouragement fan the spark of genius into the flame of achievement."

"One of the special marks of the Holy Ghost in the Apostolic Church was the spirit of boldness. One of the most essential qualities of the faith that is to attempt great things for God, and expect great things from God, is holy audacity. Where we are dealing with a supernatural being, and taking from Him things that are humanly impossible, it is easier to take much than little; it is easier to stand in a place of audacious trust than in a place of cautious, timid clinging…"

START that STOPS most people."

Let Me Not Keep Christmas

On a public television special titled "Affluenza" producer John de Graff said, "Americans are victims of "af-flu-en-za," which he describes as "an epidemic of stress, overwork, shopping and debt caused by dogged pursuit of the American dream; a bloated, sluggish and unfilled feeling that results from one’s efforts to keep up with the Joneses."

Not too long ago in a place not too far away, a field mouse asked a wise old owl what is the weight of a snowflake. "Why nothing more than nothing," answered the owl.

The mouse went on to tell the owl about the time he was resting on a branch in a fir tree, counting each snowflake until the number was exactly 3 million, 471 thousand, 952. Then with the settling of the very next flake—crack. The branch suddenly snapped, tumbling mouse and snow to the ground. "Humph …Such was the weight of nothing," said the mouse.

So the next time you think your contributions, your acts of charity, your works for justice, your gifts of love, and your talents are nothing, or that they are small in comparison to those of others, remember that when one is added to another, and then to another and so forth, great things can happen from nothing. In the same way, what seems to be ordinary can be transformed into something extraordinary with just a little extra nothing.

Your mission is to create great things once again out of nothingness, to transform the ordinary into the extraordinary. 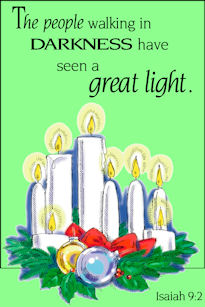