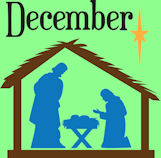 "Excellence is never an accident; it is always the result of high intention, sincere effort, intelligent direction, skillful execution and the vision to see obstacles as opportunities."

Play by the Rules

"An athlete cannot receive the winner’s crown except by competing according to the rules" (NAB).

"Live for something. Do good, and leave behind you a monument of virtue that the storm of time can never destroy. Write your name in kindness, love, and mercy, on the hearts of thousands you come in contact with year by year; you will never be forgotten. No, your name, your deeds, will be as legible on the hearts you leave behind as the stars on the brow of evening. Good deeds will shine as the stars of heaven."

"Always question yourself about what you are willing to settle for in life. A better question to ask just might be, What are you striving toward in life? To settle for, or to strive toward can make all the difference."

"The hardest arithmetic to master is that which enables us to count our blessings."

"The principal form that the work of love takes is attention. When we love another we give him or her our attention; we attend to that person’s growth…When we attend to someone we are caring for that person. The act of attending requires that we make the effort to set aside our existing preoccupations and actively shift our consciousness. Attention is an act of the will, of work against the inertia of our minds.…’The effort which goes into the exercise of the will is really effort of attention; the strain in willing is the effort to keep the consciousness clear, i.e., the strain of keeping the attention focused’ (Rollo May, Love & Will).

"May our foresight someday be half as keen as our hindsight, and our insight be twice as sharp as our eyesight."

The One Minute Manager

"Rule Fifteen…Never allow anyone to rain on your parade and thus cast a pall of gloom and defeat on the entire day.…Nothing external can have any power over you unless you permit it. Your time is too precious to be sacrificed in wasted days combating the menial forces of hate, jealousy, and envy. Guard your fragile life carefully.

There will always be detractors, critics, or cynics who are envious of you, your skills, your work, and your way of life. Ignore them!"

"The opposite of ‘resentment’ is forgiveness, recognized by centuries of spiritual thinkers as the ‘endpoint of human life.’

Forgiveness…does not come easily, but it does, apparently, come suddenly. ‘Serene’ persons – those who had suffered victimization but who now harbored no resentments – described not a specific act of forgiving, but rather a discovery of themselves as having forgiven. These individuals reported the failure of their direct efforts to forgive – they couldn’t force the experience. ‘The harder I tried to forgive, the more I seemed to resent,’ was a frequent description. Realizing this, they stopped ‘trying to forgive’ and instead ‘just sort of let go,’ and then, after varying intervals of time, came to the astonishing discovery that the resentment had disappeared, that they somehow already had forgiven." 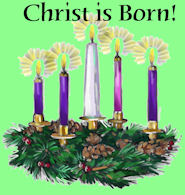 "Meister Eckhart once said: ‘What good is it that Christ was born 2,000 years ago if he is not born now in your heart?’

"Lord, be born in my heart. Come alive in me this Christmas! Amen."

"You are not here merely to make a living. You are here in order to enable the world to live more amply, with greater vision, with a finer spirit of hope and achievement. You are here to enrich the world, and you impoverish yourself if you forget the errand."

A reporter asked a renowned concert violinist, who just finished performing at Carnegie Hall, how she became so skilled.

She replied that it was by "planned neglect" "Early on in my studies I planned to neglect everything that was not related to my goal."

A true story, recounted in the delightful "Metropolitan Diary" column in the New York Times:

"Rather than cash in her cans and bottles, she either tosses her bag of empties into the nearest trash bin or hands the bag over to one of the street people in the neighborhood. Two days before Christmas, she was off to Eddie Bauer’s to exchanges a Christmas gift, carrying also her bag of empties to give away. The first street person she saw she handed him the bag saying that she would probably have lots more for him…after her dinner party. The fellow stared at the bag, then at her, and said goodbye.

"She continued on her way too. She had taken a few steps when she heard the jingle-jangle of empty cans in the bag she was carrying. She immediately realized that she gave him the Eddie Bauer bag with the turtleneck pullover, size large. She headed back to where she last saw him but he was no where in sight.

"The following night, she saw him. It was Christmas Eve, and he was stooped over a trash bin collecting bottles. ‘Remember me?’ she asked. ‘I gave you a shopping bag yesterday.’

"‘Yes, ma’am,’ he said. ‘I also got new pants and tomorrow I am wearing them with the sweater. Thanks.’ And he went back to sorting the trash.

She knew right then and there exactly what she’ll do for future Christmases, and she’ll gift wrap too. 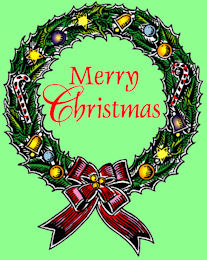