"Today, Lord,
May you enlighten us with wisdom
to know what we should do;
and grant us the courage to do it."

"There are three things people can do when they make mistakes. They can resolve that they will never make another, which is fine but impractical. They may let their mistakes make cowards of them, which is foolish. Or they can make up their minds that they will learn from their mistakes, and so profit by the experience, that when the situation comes their way again, they will know just how to meet it."

In introducing Pope Francis’ Message for the 49th World Day of Peace (2016), Cardinal Turkson said, "Human beings consider themselves self-sufficient and believe they owe nothing to anyone other than themselves, granting themselves rights without assuming duties."

"The invariable mark of wisdom is to see the miraculous in the common."

"My philosophy is that not only are you responsible for your life, but doing the best at this moment puts you in the best place for the next moment."

"This is true greatness: to serve unnoticed and to work unseen." 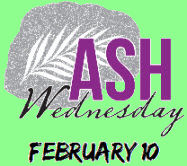 "The great thing and the hard thing is to stick to things when you have outlived the first interest, and not yet got the second, which comes with a sort of mastery."

"In the middle of difficulty lies opportunity."

"According to the experts on such things, most people are basically negative, over conservative and quick to say no rather than yes.

Most people, when asked if he or she can do something – practically anything – will almost automatically say no, even before they’ve given the subject any thought. This is an ancient, built-in resistance to change, an ultra-conservative that is automatically suspicious of anything that threatens the status quo.

If you’re smart, you’ll recognize this human tendency and make allowances for it.…"

"A loving relationship is one in which individuals trust each other enough to become vulnerable, secure that the other person won’t take advantage. It neither exploits nor takes the other for granted. It involves much communication, much sharing and much tenderness."

"The 17th century French philosopher Blaise Pascal (Pensées, 139) said that most of us spend our lives seeking diversions in a desperate attempt to avoid the hard and simple questions: Who am I? What does God want of me?

We eat and drink, gamble and gossip, seek out the most banal entertainment, surrender to television and social media, attend party after party – all in order to avoid those questions.

Right now, identify the diversion that most distracts you from these questions. Then take some practical steps to rid yourself of it, or at least reduce it.…Make room for yourself to ask and reflect on life’s important questions."

"Taking an interest in what others are thinking and doing is often a much more powerful from of encouragement than praise."

Do You Know Me?

I have no respect for justice. I maim without killing. I break hearts and ruin lives. I am cunning and malicious and gather strength with age.

My victims are helpless. They cannot protect themselves against me, for I have no face and no name. To track me down is impossible. The harder you try, the more elusive I become.

I am nobody’s friend. Once I tarnish a reputation, it is never quite the same.

I topple governments and wreck marriages. I ruin careers, and cause sleepless nights, heartaches, and grief. I make innocent people cry into their pillow. I make headlines and heartaches.

I am called gossip!

The next time you want to tell a story about someone…think. Is it true? Is it necessary? Is it kind? If not, please don’t say it!

A successful businessman once was asked for the secret of success by a student who interviewed him as part of his senior thesis. Thoughtfully, the businessman pondered the question. His reply summed up success in three words: "and then some." "You see," he said, "I learned early in life that the difference between average people and the truly successful could be simply stated in those three words. Top people did what was expected, and then some!"

Jesus taught the and then some principle in the Sermon on the Mount. He tells us to go beyond what is expected! Go a little bit farther! 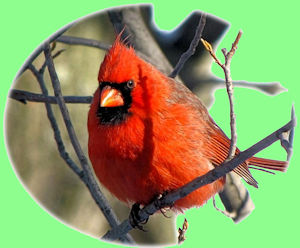