"The key is expectation. When we read a book, take a class, or attend a seminar, we must have high expectations for what we can discover and learn.ÖëWhat you put into a key learning experience determines what you get out.í"

"Wisdom is the marriage of common sense and uncommon courage ñ of sound judgment and right action."

"The secret of success in life is for a man to be ready for his opportunity when it comes."

"After Lincoln became president, he mostly used his skill in telling stories for a purpose rather than for amusement.ÖHe realized the persuasive affects that stories had on people and once said as much during a conversation: ëThey say I tell a great many stories. I reckon I do; but I have learned from long experience that plain peopleÖare more easily influenced through the medium of a broad and humorous illustration than in any other way.Öí"

their wisdom and to receive their guidance toward spiritual maturity. Yet spiritual reading of scripture or other texts does not follow the ëstrip-mining methodí we so often apply to written material. The aim in spiritual reading is not to scour the pages for valuable nuggets of insight with which we can turn a spiritual profit. Rather, spiritual reading is a form of dwelling in the words, listening attentively for what God is saying to us in the unique circumstances of our life."

"My dreams are worthless, my plans are dust, my goals are impossible. All are of no value unless they are followed by action.

"Action, alone, is the tinder which ignitesÖmy dreams, my plans, my goals, into a living force.

"I know that to conquer fear I must always act without hesitation and the flutters in my heart will vanish. Now I know that action reduces the lion of terror to an ant of equanimity.

"With these words I can condition my mind to meet every challenge which failure avoids." 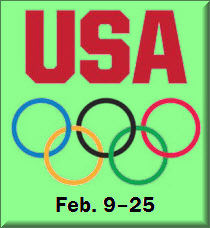 "We all know the powerful effect enthusiasm has on groups, but most of our dealings with people are one-to-one relationships. Here the amount of enthusiasm we are able to generate is a measure of our powers of persuasion. It may be expressed in many ways: body language, facial expression, a nonverbal gesture, a twinkle in the eye, an ëear-to-earí grin, or the tone of voice. Nothing is so persuasive as one-to-one enthusiasm."

Abraham Lincoln in reply to Horace Greeley, publisher of the NY Tribune, said "I shall try to correct when shown to be errors and I shall adopt new views as fast as they shall appear to be true views" (8/19/1862).

"Spirituality means waking up. Most people, even though they donít know it are asleep. They are born asleep, they live asleep,Öthey die in their sleep without ever waking up.

Francis Stroud said, ë[De Melloís] work was all about waking people up to the reality of their greatness.Öproclaiming the message of awareness, seeing the light we are to ourselves and to others, recognizing we are better than we know.í"

"[P]ositioning is the set of actions necessary to implement the vision of the leader.Öthe leader must be the epitome not only of clarityÖbut of constancy, of reliability. Through establishing the position ñ and more important staying the course ñ leadership establishes trust."

"The world is moved not only by the mighty shoves of the heroes, but also, by the aggregate of the tiny pushes of each honest worker."

"Andrew, I have only five barley loaves and a couple of fishes," replied the young boy, "but the Master shall have most of it. Here are three loaves, four ñ but one loaf I should like to keep. You know, Andrew, it is a long way home, but the four loaves and the fishes I will give to Him."

Andrew explained that the Master would like to have all, a struggle goes on in the boyís heart. He looks repeatedly, first at the fifth loaf, then at the Master. "Andrew, take all," the boy exclaims joyously. "Take all five loaves, and the fishes, too."

So, what is the fifth loaf that you have not yet handed over? Andrew pleads with you to let the Master have all.

Once upon a time two molecular compounds planned to be married. Miss Poly Amine, called Polly, was engaged to Mr. E. Poxy Resin, called Paul. They were very happy planning the wedding, but like all couples they had last-minute jitters.

Polly wondered, "Will he recognize my individuality, my needs?"

Paul, too, wondered, "Will she care about my time, my dreams?"

Both wondered, "Will I still be myself?" 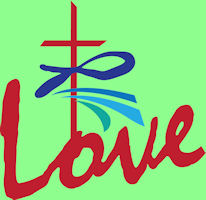 Being molecular compounds of principle they accepted their reservations and focused on their love and trust and made a commitment to unite themselves into a larger marital compound. There were still times after the marriage when they thought about their individual identities, but more often they remarked to each other with amazed wonder at how terrific it is to be part of something bigger and more important than the individual parts.

It turned out to be worth giving up some of the self for this greater purpose. In fact, it was downright exhilarating and so self-expanding to do so.

As you guessed, Polly and Paul Resin became epoxy glue when they united their molecules. That means that not only did they stick to each other, they were used to hold other parts of the world together. What a very special task that is for them and for you.