"The first thing a child should learn is how to endure.
It is what one will have most need to know."

Words are a Gift

"Websterĺs Dictionary defines serendipity as Ĺthe gift of finding valuable or agreeable things not sought for.

Dr. Sheehan writes that every person is called to be a hero, to live a heroic life. "The heroic life is no more than authentic life. One in which I take possession of myself and live by my own decisions and choices. Heroism begins with accepting the person I am and can be."

"One of the chief differences between winners and losers in athletic competition is that the winners see themselves as winning and the losers generally give themselves a reason or an excuse to lose."

"The starting point of all achievement is desire. Weak desires bring weak resultsůA strong desire brings better results butůit has to be an intense, eager, craving, insistent, demanding, ravenous desire that is akin to the desire of a drowning person for a breath of air. A strong desire is the key to success in any endeavor."

"People can generally make time for what they choose to do; it is not really time but the will that is lacking."

"May your faith be strong as a mountain wall,
And subtle as the early morning mists.

May you believe that Godĺs power conquers all,
And his love through trouble and pain persists.
May your faith soar like a multi-colored bird,
And shine brighter than the blinding desert sun.
Because you know your prayers are ever heard
And Jesus waits when the final day is done.
And may God bless you,
The Father who rules the starry skies,
The Son who rose from the dead,
And the Spirit who comes in hope."

Not Live in Vain

"By always taking out and never putting in, the bottom is soon reached."

"Doubt is the vestibule through which all must pass before they can enter into the temple of wisdom."

"Character gets you out of bed; commitment moves you to action. Faith, hope and discipline enable you to follow through to completion."

"To get started on the right foot is not enough. The foot must be pointed in the right direction."

The students of a rabbi approached their teacher with a deep concern about the prevalence of evil in the world. Intent upon driving out the forces of darkness, they requested the rabbi to counsel them. The rabbi suggested that they take brooms and attempt to sweep the darkness from a cellar.

The bewildered disciples applied themselves to sweeping out darkness, but to no avail. The rabbi then advised his followers to take sticks and to beat vigorously at the darkness to drive out evil.

When this likewise failed, he counseled them to go down to the cellar again and to protest against the darkness by shouting at it. When this, too, failed, the rabbi said. "My children, let each of you meet the challenge of darkness by lighting a candle."

The disciples descended again to the cellar and kindled their lights. They looked, and behold! the darkness had been driven out.

Norman Vincent Peale was a young news reporter who happened to meet Henry Ford at a Detroit train station. Peale realized this was a chance of a lifetime and asked Ford if he had any advice for a young man starting out in life. 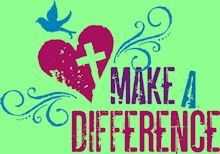 "Whoĺs your best friend, son?" Ford asked. Then before Peale could answer, Ford went on to say, "Iĺll tell you who it is ľ itĺs the person who brings out the best in you. Always associate with the best people ľ thatĺs where you will find such a person."

In his later years, Peale reflected, "Iĺm convinced that Henry Ford really knew what he was talking about. A best friend is one who tells you, "Yes, you can make your dreams come true. Yes, you have something valuable to offer to the world. Yes, your life can make a difference!"

"And thereĺs an opposite side to Henry Fordĺs question, too," continued Dr. Peale. "Itĺs Ĺwhose best friend are you?ĺ Try asking yourself that question from time to time. Then when you answer it, make sure that you deserve that title by bringing out the best in that person, every day, in every way."