"O God, if I could live up to just ten pages of Your holy Word, I would be overjoyed. Why do I yearn and strive for more knowledge of you when I don’t make a full effort to obey the knowledge with which You have already entrusted me?"

"There are instances when it takes courage to remain silent. It would be easier to speak up, but the right thing to do is to be silent.

Someone insults you. You can easily say something in return that would be the equivalent of a devastating knockout punch. You don’t say a word. Your silence is an expression of courage."

"Real joy comes not from ease or riches or from the praise of others, but from doing something worthwhile."

"As simple as it sounds, we all must try to be the best person we can: by making the best choices, by making the most of the talents we’ve been given."

"Cynicism stems from the absence of vision."

Say ‘No’ to Something

"Keep in mind that you are always saying ‘no’ to something. If it isn’t to the apparent urgent things in your life, it is probably to the most fundamental, highly important things. Even when the urgent is good, the good can keep you from your best, keep your from your unique contribution, if you let it."

Forgiveness is a Choice 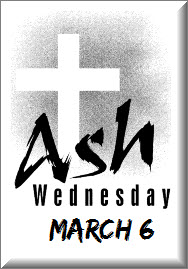 "Forgiveness is a process…simply saying ‘I forgive you’ is usually not enough. Although the words are said, the angry feelings often return. People need to go through a process to understand their feelings. They also need to take concrete action.…

People who talk…about forgiveness often say that their resentment was a way of keeping the one who hurt them in a kind of emotional prison. As long as they held onto the anger and bitterness, the other stayed in the jail cell. Over time they began to realize that it was they, themselves, who were imprisoned by the hatred and not the other person. Our hatred affects us emotionally more than it affects the one who hurt us."

"If we were as industrious to become good as to make ourselves great, we should become really great by being good, and the number of valuable men and women would be much increased.

But it is a grand mistake to think of being great without goodness, and I pronounce it as certain, that there was never yet a truly great person that was not at the same time truly virtuous."

"Courtesy is the entrance-level virtue that allows strangers suddenly to feel that they are kindred spirits. It is also the foundation on which other virtues might be established such as kindness, thoughtfulness, amicability, and generosity. No true and lasting human relationship can begin without the virtue of courtesy.…It costs nothing, and can, at times, save us from despair."

"True wisdom is less presuming than folly. The wise man doubts often, and changes his mind; the fool is obstinate and doubts not; he knows all things but his own ignorance."

What, and Where You Are

2 Ways to be Clever

"There are two ways to be clever:

"Character cannot be developed in ease and quiet. Only through experiences of trial and suffering can the soul be strengthened, vision cleared, ambition inspired and success achieved."

"Celtic spirituality was a practice in which ordinary people in their daily lives took the tasks that lay to hand but treated them sacramentally, as pointing to a greater reality which lay beyond them. It is an approach to life which we have been in danger of losing, this sense of allowing the extraordinary to break in on the ordinary. Perhaps it is something which we can rediscover, something which Celtic spirituality can give to us if we would let it renew our vision by teaching our eyes to see again, our ears to hear, our hands to handle."

"Voltaire said, ‘I guess we’ll have to learn to cultivate our own garden.’

You must learn to cultivate your own garden. You have to keep your nose out of everybody else’s garden…As long as yours is the way you want it to be. As long as you learn how to take what you have and enjoy it, and make your life work on your terms, cultivating for yourself a sense of purpose and a sense of mission – that’s one of the greatest secrets you can learn."

Henry Ford once asked one of his young engineers about his life goals. The man replied that his goal was to make a million dollars. A few days later Ford gave the man a pair of glasses made with two silver dollars where the lenses should be. He told the man to put them on and asked "What do you see?"

"Nothing," the man said. "The dollars are in the way,"

Ford told him that he wanted to teach him a lesson: If his only goal was dollars, he would miss a host of greater opportunities. He should invest himself in serving others, not simply in making money.

That’s a great secret of life that far too few people discover. Money is important. No question about that. But money is only a means by which we can reach higher goals.

Integrity: All That Matters

James Hahn’s ball moved as he addressed it on the first green of the second round of the Masters yesterday. Hahn stepped back and called a one-stroke penalty on himself. He ended up missing the cut by one stroke. Would anyone have even noticed if he hadn’t called the penalty? So many what-ifs for the 33-year old from South Korea.

"I called a penalty on myself on the first hole Friday when my ball moved one dimple, but indeed moved. Missed cut by one. Sometimes you don’t get rewarded for doing the right thing, but it doesn’t mean you shouldn’t do the right thing."

To Hahn, integrity is all that matters. 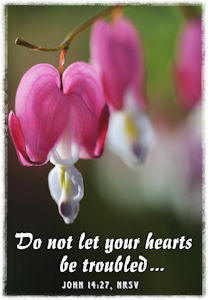