"Education would be much more effective if its purpose was to ensure that by the time they leave school every boy and girl should know how much they do not know, and be imbued with a lifelong desire to know it."

"A great deal of talent is lost to the world for want of a little courage. Every day sends to their graves obscure men whose timidity prevented them from making a first effort."

"It is important that we learn to actively listen to criticism with a commitment – not to defend who we already are – but to better ourselves and become even more effective."

"The art of leadership lies in polishing and liberating and enabling the variety of gifts people bring."

A Companion of Jesus

Everyone has a purpose in life. Everyone has unique and specific talents, abilities, and interests that help guide them toward fulfilling their purpose.

"There is something that is much more scarce, something finer far, something rarer than ability. It is the ability to recognize ability."

The Quality of Courage

"Spirituality begins with this first insight: We are all imperfect. Such a vision not only invites but requires tolerance: active appreciation of the richness and variety of human beings on this earth, along with the understanding that we all struggle with the same demons, we all share the same fears and sorrows, we all do the best we can with what we have."

Willing to be Taught

"The mark of the docile person is his willingness to be taught. But since docility is part of prudence – the virtue of realism – the only thing the docile person wants to know is the truth. The roots of docility are in humility and self-knowledge, while its fruits are in realism and practicality."

"God isn’t going to ask you how he created the earth. He already knows. He’s going to ask, ‘What did you do with what I created?’ If we’re leaving a footprint that destroys the earth, we’ve failed to be good stewards."

"When the morning’s freshness has been replaced by the weariness of midday, when the leg muscles give under the strain, the climb seems endless, and suddenly nothing will go quite as you wish – it is then that you must not hesitate."

"Even if it’s a little thing, do something for those who have need of help, something for which you get no pay but the privilege of doing it." 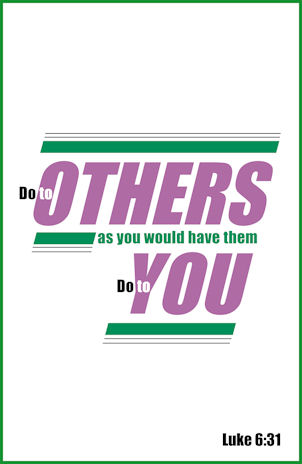 In the film Regarding Henry, Harrison Ford portrays Henry Turner, a high-powered, high-priced Wall Street lawyer who stops at nothing – nothing – to win. Everyone and everything in his life – his wardrobe, his house, his friends, even the school his daughter attends – are part of the life-style he has carefully crafted to project the image of a successful, winning attorney.

But all that changes one night when he stops at a neighborhood convenience store to buy a pack of cigarettes. Without realizing it, he walks into a robbery in progress. The terrified gunman shoots Henry in the head. Henry survives the shooting, but his memory is erased – he must begin his life all over again. With a blank slate, Henry must re-learn everything, from how to read, to how he first met his wife.

In the process of his recovery, Henry cannot comprehend the life he had led; how he could take his wife and wonderful daughter for granted, how he could so ruthlessly destroy innocent people in the court room, how he could become obsessed with a life style so empty of meaning and purpose.

Regarding Henry is a fable about one man’s improbable journey to revisit his life and the even rarer opportunity to re-make it.

Terry Anderson, the longest-held American hostage during the Lebanese Civil War, refuses to hate his extremist Shi’ite militants. "I have no room for it, I have no time for it," he told AP President/CEO Louis D. Boccardi,. "My hating them is not going to hurt them an ounce, it’s only going to hurt me." Also, he said, "I am a Catholic.…I am required to forgive."

Anderson credits his survival to the strength of his Roman Catholic faith, noting that he read the Bible some 50 times while in captivity. "We all find it in ourselves to do what we have to do," he says. "People are capable of an awful lot when they have no choice, and I had no choice. Courage is when you have choices."

This concludes the 28th planting of Apple Seeds®.
The next planting will be in September.
Plant these 'seeds' well and water often.