"Teaching kids to count is fine,
but teaching what counts is better."

"All truly wise thoughts have been thought already thousands of times; but to make them truly ours, we must think them over again honestly, till they take root in our personal experience."

Bob Bowman, coach of Michael Phelps, who won eight gold medals at the 2008 Beijing Olympics, said in an interview: "Successful people make a habit of doing things other people aren’t willing to do. And that’s our game here." 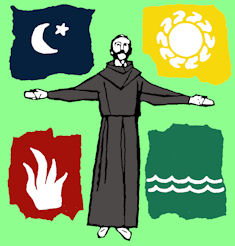 "The genius of the Franciscan movement in the early thirteenth century was that it reminded people that God created the world good. In fact, the world was so good that one could see the face of God in God’s own creation; in the beauty of a sunset, in trees and flowers…Francis’ great desire then, and what becomes the ‘Franciscan revolution,’ is this bold attempt to rehumanize God—the desire to bring what was perceived as a distant God back into the ordinary lives of ordinary people. To accomplish this task Francis sends his friars (from the Latin, meaning ‘brothers’) into the busyness and messiness of the marketplace,…The friars soon became known as the ‘Jugglers of God’ because of the dramatic spectacle they create by dancing, singing, performing acrobatics. Attracting large crowds they preach the Gospel message in a new way—a joyful way. All of a sudden God is in the midst of ordinary people, sharing their joys and sorrows as are these poor mendicants, these wandering troubadours of the Most High king."

"Lack of persistence is one of the major causes of failure.…It is a weakness which may be overcome by effort. The ease with which lack of persistence may be conquered will depend entirely upon the intensity of one’s desire. The starting point of all achievement is desire."

# 723: "Some things need doing better than they’ve ever been done before. Some just need doing. Others don’t need doing at all. Know which is which."

"[T]hose who turn good into great are motivated by a deep creative urge and an inner compulsion for sheer unadulterated excellence for its own sake. Those who build and perpetuate mediocrity, in contrast, are motivated more by the fear of being left behind."

"We generally change ourselves for one of two reasons:
inspiration or desperation."

"The one thought that I would try to get across to my players was that everything I do each day, everything I say, I must first think what effect it will have on everyone concerned."

Excellence is an Art

"Live for something. Do good, and leave behind you a monument of virtue that the storms of time can never destroy. Write your name in kindness, love, and mercy on the hearts of thousands you come in contact with year by year, and you will never be forgotten. Your name and your good deeds will shine as the stars of heaven."

"It is only imperfection that complains of what is imperfect. The more perfect we are, the more gentle and quiet we become toward the defects of others."

"Learn how to separate the majors from the minors. A lot of people don’t do well simply because they major in minor things."

"The most beautiful thing we can experience is the mysterious. It is the source of all art and science. He to whom this emotion is a stranger, who can no longer pause to wonder and stand rapt in awe, is as good as dead, his eyes are closed."

A convention was called in 1787 in the fledgling United States of America to revise the "Articles of Confederation." For weeks delegates reviewed ancient history and analyzed governmental structures of Europe in search of insights. But nothing suited the circumstances of this infant nation. 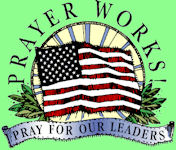 Finally, one of the distinguished delegates, Benjamin Franklin, addressed the gathering. Referring to their meager progress, Franklin said, "In the situation of this assembly, groping as it were in the dark to find political truth and scarcely able to distinguish the same when it is presented to us, how has it happened that we have not hitherto once thought of humbling applying to the Father of Lights to illuminate our understandings?"

Those early leaders were not all Christians, yet many of them believed in a sovereign God and sought His wisdom in the affairs of state.

There is more Beyond

Before Christopher Columbus set sail from Spain into the unknown, it was believed that the world ended not far beyond Gibralter. Indeed, this belief was expressed in the Spanish royal motto which read, "Ne Plus Ultra," meaning "There is no more beyond here." But when Columbus returned from the new World, he had actually discovered new horizons. This made the royal motto meaningless, until Queen Isabella simply eliminated the first word. Thus the motto became, "Plus Ultra," meaning "There is plenty more beyond."

We may think there are no more "new frontiers" left today. But one of the legacies left to us by Pres. John F. Kennedy is that he awakened us to the fact that "new frontiers" need not be geographical. They may be social, political or spiritual, wherever there is hatred, poverty, racism, indifference, despair or hopelessness. Yes, there is plenty more beyond! 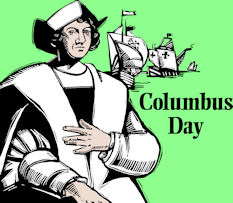