"I will live this day fully and I will give thanks. I will enter every experience as deeply as possible, leaving nothing undone that I am given to do here and now. When I fully invest myself into the living of life I receive a full return of satisfaction and hope. I pray for the complete dedication to all that is given me to do, to experience, to cherish."

"If you have ever planted a seed, you know the power and promise of hope."

Learn from the Past

"Most people I ask little from. I try to give them much, and expect nothing in return, and I do very well in the bargain."

"Live your life so that your children can tell their children that you not only stood for something wonderful – you acted on it."

"The human mind is always searching for truth. The mind guides us through books. It interprets our experiences. It limits us based on our exposure. The mind searches to find truth, not realizing that truth was never lost. Unfortunately, truth cannot reveal itself in a mind that is busy with personal chatter. That chatter refers to what you think we need or want and what you say. Unlike truth, your mental chatter may have nothing to do with what is real. The only way to find truth is to go deep within the self and to live from that consciousness and understanding. The truth is the reality of who you are from the inside out, and that is something we rarely think about. Truth is the joy of living, of being, of having a connection to everyone and everything, without thought or malice or condemnation of any part of you. Truth is the spirit of life."

"Adversity has the effect of eliciting talents, which, in prosperous circumstances, would have lain dormant.


A Better Way to Live

"Rule Seven:…Each day is a special gift from God, and while life may not always be fair, you must never allow the pains, hurdles, and handicaps of the moment to poison your attitude and plans for yourself and your future. You can never win when you wear the ugly cloak of self-pity, and the sour sound of whining will certainly heighten away any opportunity for success. Never again. There is a better way."

"Balancing is the discipline that gives us flexibility. Extraordinary flexibility is required for successful living in all spheres of activity."

Create Your Own Change

"Kids, tomorrow you’re going to be thirty. The time is already past to look for someone to blame, to look for some reason why things aren’t the way you want them to be. Create your own change. Take care of yourself. Act in your own best interest. Work at seeing what you want for yourself and then go about getting it. Find your intention, your purpose, your dream and realize that if it is going to happen, you’re the one who’s got to make it happen. And then go to it!

"A true friend knows your weaknesses but shows you your strengths; feels your fears but fortifies your faith; sees your anxieties but frees your spirit; recognizes your disabilities but emphasizes your possibilities."

"If there is a virtue…that is desperately needed in the life and the work of the Church today – as it is needed in the world today – that virtue is joy. In one of the bleakest developments of modern times, Christians have suddenly become a people seemingly without humor. By a singularly unhappy chance, followers of Christ in particular have lost, please God only momentarily, the gift of laughter.…"

During the Great Depression of the 1930s, Fiorella LaGuardia was mayor of New York City. One night he visited Night Court in one of the poorest sections of the city and asked the judge, "Why don’t you go home for the evening and let me take over the bench?" The judge hesitated, but since it was the mayor, he agreed.

The first case LaGuardia heard that night was of an elderly woman who was arrested for stealing bread. "Are you innocent or guilty?" the mayor asked. The woman replied softly, "I needed the bread, your Honor, to feed my grandchildren."

LaGuardia responded, "I have no option but to punish you. Your sentence is ten dollars or ten days in jail."

As he proclaimed his ruling, he tossed ten dollars into his hat. Then he fined every person in the courtroom fifty cents for "living in a city where a grandmother has to steal food to feed her grandchildren." When everyone contributed fifty cents, the woman paid her fine and left the courtroom with an additional $47.50.

The mayor knew the difference between correction and compassion. Today, I hope you will look for an opportunity to express an act of kindness.

Importance of the Obvious

Calvin Coolidge, 30th President of the United States, was called Silent Cal because he was usually brief in speech. However, because he used words sparingly, it did not mean that Silent Cal was without wisdom or the ability to articulate a sound idea.

Once, for instance, Coolidge had this to say: "People criticize me for harping on the obvious. Perhaps someday I’ll write an article on ‘The Importance of the Obvious.’

"If all the folks in the United States would do the few simple things they know they ought to do, most of our big problems would take care of themselves." 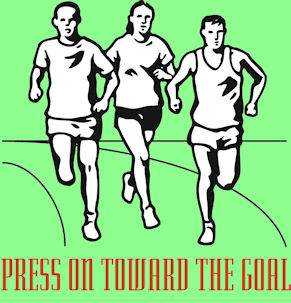