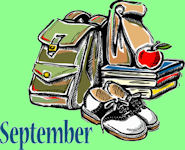 "ů[W]e must strive to impart not just facts but encouragement and support for students to develop some philosophy of life; not just credentials, but commitment to large and noble goals; not just skills, but high ideals of personal and professional service. We must confess our own bewilderment and uncertainty. We must acknowledge our own limitations as we strive to explore the human condition and the human aspiration in all its richness and all its ambiguity. And we must encourage students to make not only intellectual, but also moral and ethical, sense of their world."

"The man who is always killing time is really killing his own chances in life; while the man who is destined to succeed is the man who makes time live by making it useful,"

"Our goal should be to keep improving ourselv

Someone who feels the need to be Ĺthe bestĺ should ask himself, ĹWhy do I really have to be better than others? What is so awful if someone else is better than me in any given area?ĺ

People who feel the need to be Ĺthe bestĺ often suffer much anxiety. They frequently tell themselves, ĹIf I am not the best, then I am a failure. I am nothing.ĺ

There is no basis for this. In ultimate terms, no human can really say who is best. Comparing yourself to anyone else is arbitrary ľ so why cause yourself misery by doing so?"

"So often we miss the opportunities that are ours today because we are busy looking back in sadness and sorrow at events that canĺt be changed, or we look forward with such anxiety that we are unable to take advantage of the moment that is ours."

"ů[Y]ou must understand now, more clearly, that God is calling you to serve Him in and from the ordinary, material and secular activities of human life. He waits for us every day, in the laboratory, in the operating theatre, in the army barracks, in the university chair, in the factory, in the workshop, in the fields, in the home and in all the immense panorama of work. Understand this well: there is something holy, something divine, hidden in the most ordinary situations, and it is up to each one of you to discover it."

"When youĺre old, they say that your regrets arenĺt what you did, but what you did not do. So I like to take every opportunity that I can."

"The purpose of prayer is not to convince some heartless god to have compassion on us and change the events of our lives. The purpose of prayer is to open and change our hearts so that we might see more clearly the direction we must go. Seeing the direction, prayer gives us the courage and strength to do what we can. We pray in order to not bend Godĺs will to our own, but to place our will in the hands of God."

"In Dr. Albert Schweitzerĺs words, if affirmation of life is genuine it will Ĺdemand from all that they should sacrifice a portion of their own lives for others.ĺ"

"Perfection is devastated by failure, while excellence learns from failure."

Shake It Off ľ Stomp It Down ľ Step Up

A parable is told of a farmer whose mule fell into an abandoned well. After numerous unsuccessful attempts to get the mule out of the well, the farmer decided it was a hopeless situation. With sadness, the farmer figured that the only humane thing to do would be to haul truckloads of dirt to bury the old mule, while filling in the dangerous well, at the same time.

He backed up the truck, and began to shovel in the dirt. The old mule, however, went berserk when the first load of dirt hit its back. That old mule started shaking off the dirt, stomping it down and stepping up a bit. Shovel full after shovel full caused the mule to shake off the dirt and firmly stomp it down. Truckload after truckload, the old mule repeated the same process. It shook off the dirt, stomped it down and stepped up a bit. Little by little, that mule was lifting itself out of the hole.

No matter how distressing the situation seemed, the old mule fought off panic when it realized that no matter how much was dumped on its back all it had to do was shake it off, stomp it down and step up. And, guess what? It wasnĺt too long before the old mule, battered and exhausted, triumphantly stepped out of the well.

Have you ever noticed that there are different ways people have of dealing with the problems life dumps on them? If we respond to our problems positively, and refuse to panic, or fall further into bitterness and despair, the adversities that come along to bury us usually contain within them the potential to benefit and bless us! Rather than burying us, the adversities and criticisms can make us better, lifting us up, bit by bit.

An enthusiastic but somewhat unscrupulous salesman was waiting to see the purchasing agent of the engineering firm. The salesman was there to submit his companyĺs bid, or price quote, for a particular job.

He couldnĺt help but notice, however, that a competitorĺs bid was on the purchasing agentĺs desk. Unfortunately, the actual figure was covered by a soda can. The temptation to see the amount quoted was too strong, so the salesman lifted the can. His heart sank as he watched thousands of BBĺs pour from the bottomless can and scatter across the floor. 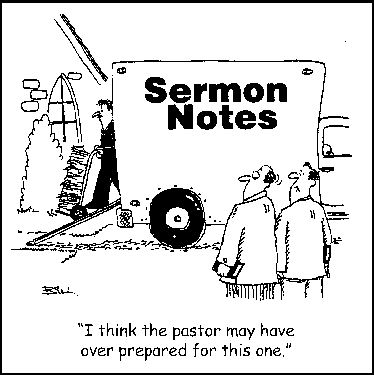