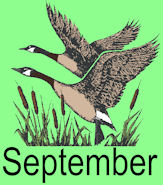 "Creative thinking is an acquired skill. We are born with the equipment, but we must be taught to use it. And therein lies the function of education. No teacher ever created an ounce of intelligence. Teachers can only condition and train the intelligence that already exists.

In a sense, we are all teachers. We come into contact with other people every day and influence them one way or another. In doing so, we should keep in mind the true function of education – teaching logical thought processes rather than merely requiring that they memorize facts by rote."

"Character is always lost when a high ideal is sacrificed on the altar of conformity and popularity."

"The world is changed by your example, not by your opinion."

William Bennett in the Introduction to his book The Moral Compass writes: "…much of life is a moral

and spiritual journey, and we undertake it, at least in large part, to find our way morally and spiritually. Thus it makes no sense to send young people forth on such an endeavor having offered them only some timid, vacillating opinions or options about conduct in the hope that in the course of their wanderings, they will stumble onto some more definite personal preferences which will become their ‘values.’ We must give our children better equipment than that. We must raise them as moral and spiritual beings by offering them unequivocal, reliable standards of right and wrong, noble and base, just and unjust."

"Let the refining and improving of your own life keep you so busy that you have little time to criticize others."

"In scattering seeds of kindness,
do it by hand and not by machinery."

"The worst danger we face is the danger of being paralyzed by doubts and fears. This danger is brought on by those who abandon faith and sneer at hope."

"In John’s Gospel, Jesus’ High Priestly Prayer (ch. 17) reveals that there are indeed two worlds in which we must learn to live. One is the world both John and Paul understand to be marked by division, confusion, and hostility. The other is the realm of Christ characterized by reconciliation, understanding, and peace.

We are called to live in the first in a manner which reveals that we belong to the second. Specifically, we are sent into the world to show forth the truth of God’s kingdom already present."

"Quality is never an accident; it is always the result of high intention, sincere effort, intelligent direction and skillful execution; it represents the wise choice of many alternatives."

"Intelligence plus character – this is the goal of true education."

"A great deal of talent is lost to the world for want of a little courage. Every day sends to their graves obscure men whom timidity prevented from making a first effort."

Penetration of the Gospel

"The struggles and triumphs of our daily life can indicate if there has been any penetration of the Gospel in to our lives."

Swept by the Winds of Trials

Some time ago a fascinating article appeared in the Reader’s Digest telling about a most unusual tree called the "Bristlecone Pine." Growing in the western mountain regions, sometimes as high as two or 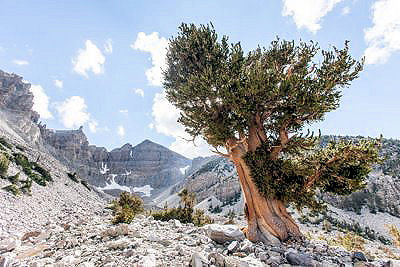 more miles above sea level, these evergreens may live for thousands of years. The older specimens often have only one thin layer of bark on their trunks. Considering the habitat of these trees, such as rocky areas where the soil is poor and rainfall is slight, it seems almost incredible that they should live so long or even survive at all. Being swept by the winds of trials, however, actually contribute to their longevity. Cells that are produced as a result of these harsh conditions are densely arranged, and many resins canals are formed within the tree. Wood that is so structured continues to live for an extremely long period of time.

The author says, "Bristlecone pines in richer environments grow faster, but die earlier and soon decay." The harshness of the Bristlecone’s surroundings is a vital factor in making them strong and sturdy.

Isn’t this similar to the experience of discipleship where faith’s character is engraved by facing life’s obstacles and overcoming them through God’s grace, which alone is sufficient?

So how are you facing the winds of trials and adversities in your life? Is God chiseling in your life the character of discipleship?

In Praise of a Teacher

When Gen. Dwight Eisenhower was elected president, he invited James Michner to an occasion at the White House. Mr. Michner wrote back in reply, "Dear Mr. President, I received your invitation three days after I had agreed to speak a few words at a dinner honoring the wonderful high school teacher who taught me to write. I know that you will not miss me at your dinner, but she might at hers."

With understanding, Eisenhower answered, "In a lifetime a man can live under 15 or 16 presidents, but a really fine teacher comes into his life but rarely."