"Good teachers fan the flames of curiosity with the hands of creative encouragement and innovative enthusiasm."

"Americanism means the virtues of courage, honor, justice, truth and sincerityóthe virtues that made America. The things that will destroy America are prosperity-at-any-price, safety-first instead of duty-first, the love-of-soft-living, and the get-rich-quick theory of life."

Vocation of a Family

"One of the qualities of successful people in all walks of life is keen observation. They notice things about people, human nature, and the general world around them. Most of us, unfortunately, go through life with our eyes half closed."

"The majority of people permit relatives, friends and the public-at-large to so influence then that they cannot live their own lives because they fear criticism.

The fear of criticism in some cases is stronger than the desire for success."

I Will Not Quit

"There is a time in every manís education when he arrives at the conviction that envy is ignorance; that imitation is suicide; that he must take himself for better, for worse, as his portion; that though the wide universe is full of good, no kernel of nourishing corn can come to him but through his toil bestowed on that plot of ground which is given to him to till."

"Cherish you visions; cherish your ideals; cherish the music that stirs in your heart, the beauty that forms in your mind, the loveliness that drapes your purest thoughts, for out of them will grow delightful conditions, all heavenly environment; of these if you but remain true to them, your world will at last be built."

"To change and to improve are two different things."

Your Part to Do


Map Out a Course

"Whatever course you decide upon, there is always someone to tell you that you are wrong. There are always difficulties arising which tempt you to believe that your critics are right. To map out a course of action and follow it to the end requires courage."

Show Up to Vote

On voting day the Master would always be the first to show up at the polling booth.

He could never understand why some of the disciples failed to exercise their right to vote.

"People are ready to pay their taxes and shed their blood for democracy," he said. "Why will they not take the trouble to vote and make it work?"

There once was a king who loved to eat. When the castle cook grew too old to prepare the meals anymore, the king looked for a new cook. A young man applied for the job. The king said to him, "I want you to cook me the best and most important dish in the whole world."

The night the king sat down at the table. When he looked at the special dish, he exclaimed, "Why, thatís cow tongue!"

The young man answered, "Yes, it is. Nothing is more important then the tongue if it is used correctly. The tongue is used to teach, to explain, to command, to defend, to calm. Tongues are used to sing to babies and to make bargains. Tongue has to be the most important thing for a king."

"I must say I didnít realize that, young man. Youíve opened my eyes. Therefore, tomorrow night, I want you to fix me the worst dish you know."

The next night, the young man served the king cow tongue. The king said, "What goes on here? Last night, tongue was the best dish in the world. Tonight itís the worst. How can this be?"

"The difference is what you do with it, sire," said the young man. "Tongues make gossip, stir up trouble, and tell lies. Tongues are cruel and hypocritical. Therefore, tongue can be the worst dish in the world."

"Yes, I see. I also see that I need your wisdom in my court. Iíll get someone else to do the cooking." 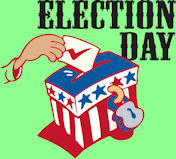