"Education is not the taming or domestication of the soul’s raw passions – not suppressing them or excising them, which would deprive the soul of its energy – but forming and informing them as art."

"We are put here to grow, and we ought to grow, and to use all the means of growth according to the laws of our being. The only real satisfaction there is, is to be growing up inwardly, all the time, becoming more just, true, generous, simple, human, kind, active. And this we can all do, by doing each day the day’s work as well as we can."

"Some people are so busy doing the immediate and the urgent that they never stop to think about the important."

"It has been written that ‘Envy is plain, unadulterated evil. It pursues a hateful end by despicable means and desires not so much its own happiness as to seek to deny another’s happiness, to seek another’s misery.’"

"Above all, trust in the slow work of God. We are quite naturally impatient in everything to reach the end without delay. We should like to skip the intermediate stages. We are impatient of being on the way 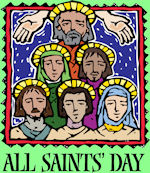 to something unknown, something new. And yet it is the law of all progress that it is made by passing through some stages of instability – and that it may take a very long time.

And so I think it is with you; your ideas mature gradually – let them grow, let them shape themselves, without undue haste. Don’t try to force them on, as though you could be today what time (that is to say, grace and circumstances acting on your own good will) will make of you tomorrow.

Only God could say what this new spirit gradually forming within you will be. Give Our Lord the benefit of believing that his hand is leading you, and accept the anxiety of feeling yourself in suspense and incomplete."

"To insist on a spiritual practice that served you in the past is to carry the raft on your back after you have crossed the river."

"I have been moving among working men in what is now the biggest branch of American industry, the steel business. In that time it has been my good fortune to watch most of the present leaders rise from the ranks, ascend step by step to places of power. These men, I am convinced, are not natural prodigies. They won out by using normal brains to think beyond their manifest duty."

"Whatever you want in life, other people are going to want it too. Believe in yourself enough to accept the idea that you have an equal right to it."

"If the realization of one’s power and freedom is experienced as a call to grace, as it often is, then the response will also be, ‘O Lord, I fear I am not worthy of your trust in me.’ This feafulness is, of course, itself an integral part of one’s diligence and love.…

Some who have been called to grace may wrestle for years with their fearfulness before they are able to transcend it so as to accept their own godliness."

"Leaders must challenge the process precisely because any system will consciously conspire to maintain the status quo and prevent change. But leaders live with a paradox when fighting against the routines of organizational life. On the one hand, they must destroy routines. Routines get us in the ruts. Routines dull our senses. Routines stifle our creativity, constrict our thinking, remove us from stimulation, destroy our ability to compete. Once-useful routines sap the vitality out of an organization and cause it to atrophy. Yet some routines are essential to establishing a definable, consistent, measurable, and efficient operation.…

Routines and routine work are among those things we can’t live with and can’t live without.…The critical issue for leaders is not routines or no routines, but which routines. Those few essential routines that serve the key values of the organization should be worshiped. Those that do not should be rooted out."

"Our emotions need to be as educated as our intellect. It is important to know how to feel, how to respond, and how to let life in so that it can touch you."

The Sin of Melancholy

A disciple bemoaned to the rabbi that evil lusts plagued him and made him despondent. The Master said to him "Above all else, guard yourself from despondency for it is more pernicious than sin. When the Evil Urge rouses men to lust, it is not his aim to make them sin, but to draw them into the pit of despondency."

Once the sinner is obsessed with his sins, he’s caught in a loop which he cannot get out of, because being obsessed with sinning can lead to an obsession with obsessing about sinning, and so on and so on.

True Mentor to the Student

The dean was speaking at a faculty meeting when one of the professors stood up and asked, "What must I do to get tenure?" The dean replied, "What does the faculty manual say?" The professor answered, "Do good research, teach well, and mentor students." "You have answered correctly," replied the dean. "Do this and you will get tenure."

But the professor wanted to justify himself, so he asked the dean, "What does it mean to mentor students?"

In reply the dean said: "One term there was a student who was struggling in his courses. He went to talk about it to the professor, but the professor brushed him off with, ‘If you can’t handle the work, you should drop the course.’ The student went to his academic advisor, but she was on her way out the door and didn’t have time to talk. Now, a custodian overheard the conversation, and, seeing the discouragement of the student, invited him out for a cup of coffee. It turned out the student was dealing with the death of a family member, and the stress was affecting his personal life as much as his studies. The custodian walked him to the counseling center and arranged an appointment for him. He called the student several times in the next few weeks to see how things were going, and helped him think through whether to drop the course, or not.

Now, which one of these was the true mentor to the student?"

The professor replied, "Why, the one who had mercy on the student." The dean then said, "Go, and do likewise."