"Perhaps the most valuable result of all education is the ability to make yourself do the thing you have to do, when it ought to be done, whether you like it or not; it is the first lesson that ought to be learned; and however early oneís training begins, it is probably the last lesson that he or she learns thoroughly."

"Common sense in an uncommon degree is what the world calls wisdom."

"I donít like to lose, and that isnít so much because it is just a football game, but because defeat means the failure to reach your objective. The trouble in American life today, in business as well as in sports, is that too many people are afraid of competition. The result is that in some circles people have come to sneer at success if it costs hard work and training and sacrifice."

"Itís not who you know ñ itís how you are known by those who know you."

"[G]race is available to everyone,Öwe are all cloaked in the love of God, no one less nobly than another. The only answerÖis that most of us choose not to heed the call of grace and to reject its assistance."

"Success doesnít necessarily come from breakthrough innovation but from flawless execution. A great strategy alone wonít win a game or a battle; the win comes from basic blocking and tackling."

"If a Christian takes seriously the commandment to love his neighbor as himself, he may incur the

active hostility of State and Church. And we should remember that Jesus did exactly that, and that he told his disciples that this might happen to them also.

"You cannot dream yourself into a character; you must hammer and forge one yourself."

"The thoughts that come often unsought, and, as it were, drop into the mind, are commonly the most valuable of any we have."

"Courage is a moral quality. It is not a chance gift of nature like an aptitude for games. It is a cold choice between two alternatives, the fixed resolve not to quit, an act of renunciation which must be made not once but many times by the power of the will. Courage is will power."

"Listening intently not only shows that you take another seriously, it can help resolve a problem more quickly. By focusing on what the other is trying to say, you can cut through the extraneous language to get at the root of the problem. Active, focused listening gets results."

"Ö[Power] is the basic energy needed to initiate and sustain action or, to put it another way, the capacity to translate intention into reality and sustain it. Leadership is the wise use of this power: transformative leadership."

"The superior person acts before he or she speaks, and afterwards speaks according to oneís actions."

"Deadlines will help you overcome the fear of actually doing something with your ideas. Action conquers fear. Act once and you wonít be so hesitant the next time."

Life Must Be Lived

"Life must be lived moment by moment. Each moment brings possibilities for purposeful activity. Each moment carries a message, a lesson for us.ÖWhen our attention is alert to notice what reality has brought us in this moment and to fit ourselves to it by doing what needs to be done, we are living fully during each of those waking hours."

"There is no such thing as a self-made man. We are made up of thousands of others. Everyone who has ever done a kind deed for us, or spoken one word of encouragement to us, has entered into the makeup of our character and of our thoughts, as well as our successes."

"Words and plans are not enough. Leaders stand up for their beliefs. They practice what they preach. They show others by their own example that they live by the values that they profess. Leaders know that while their position gives them authority, their behavior earns them respect. It is consistency between words and actions that builds a leaderís credibility."

In his book, The Yoke of Christ, Elton Trueblood quotes a letter from a school girl who probes the depth of her soul. She writes, "Iíve been thinking much of this year about the importance of caring, of the passion of life. Iíve often realized that it takes courage to care.

"Caring is dangerous. It leaves you open to hurt, to looking like a fool. And perhaps itís because they have been hurt so often that people are afraid to care. You cannot die if you are not alive. But then who would rather be a stone?

"Iíve found many places in my own life where I keep a secret store of indifference as a sort of self-protection."

Thatís a penetrating insight ñ a secret store of indifference. It takes courage to care greatly.

The Tiger & the Fox

A man walking through the deep forest saw a fox that had lost two legs, and he wondered how it survived. Then he noticed a tiger approach with some meat in its mouth. The tiger ate its fill and left the rest of the meat for the fox.

Again and again, he saw how God fed the fox by means of the same tiger. The man wondered at Godís greatness and said to himself, "I too will just rest in a corner of the forest with full trust in God to provide me with all that I need."

He did just that for several weeks but nothing happened and he was almost at deathís door when he heard a voice within him say, "O you who are in path of error, open your eyes to the truth! Stop imitating the disabled fox and follow the example of the tiger." 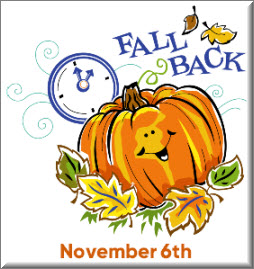